‘In a class of her own,‘  Der neue Merker

Multi-award-winning singer Mari Moriya has a strong international performance record, having sung major roles in Austria, Belgium, Germany, Ireland, Israel, Japan, Poland, Switzerland, UK and USA.  She  made her professional debut in 2006 after completing  studies at Mannes College New York.  Later that year she appeared with Metropolitan Opera as Queen of the Night, a role she went on to sing in numerous productions in the USA and Europe including Leipzig and Glyndebourne. 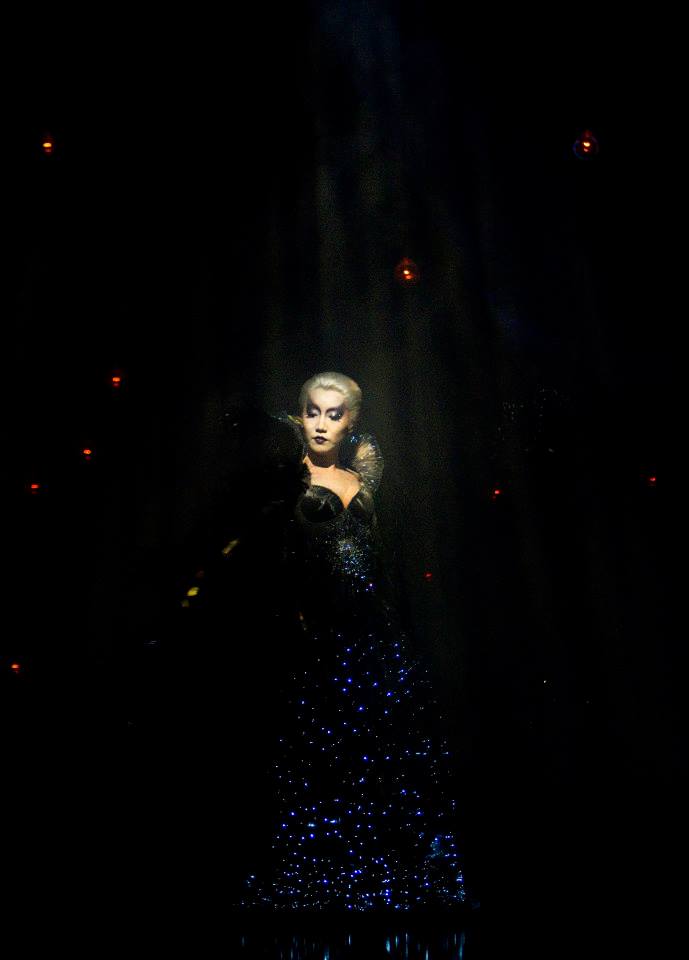 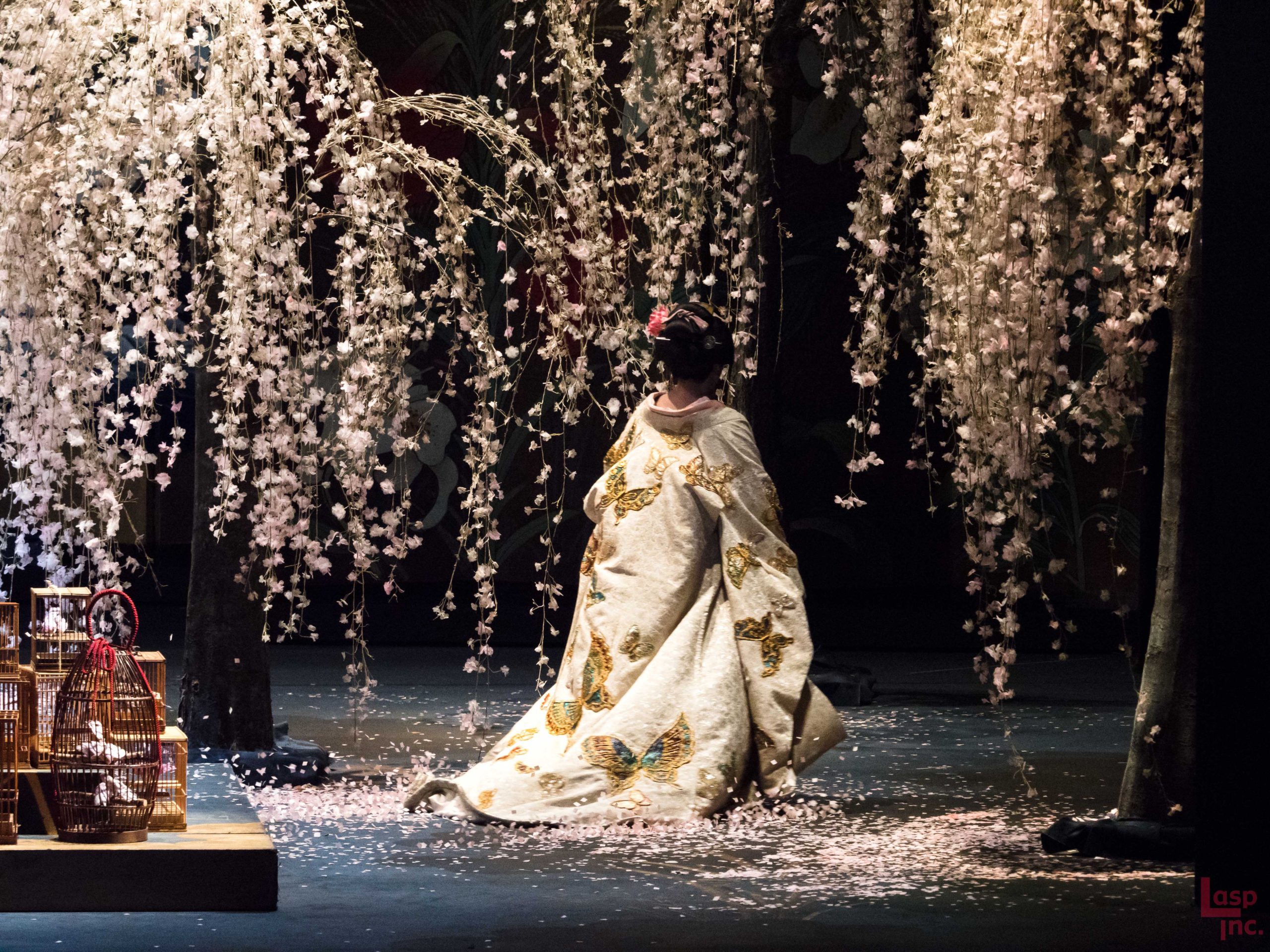 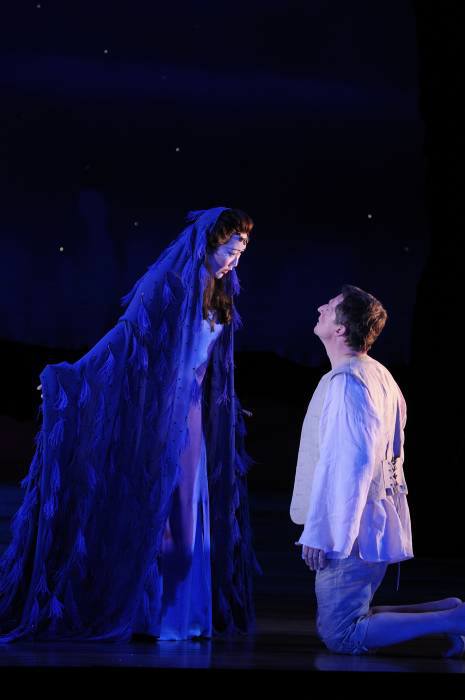 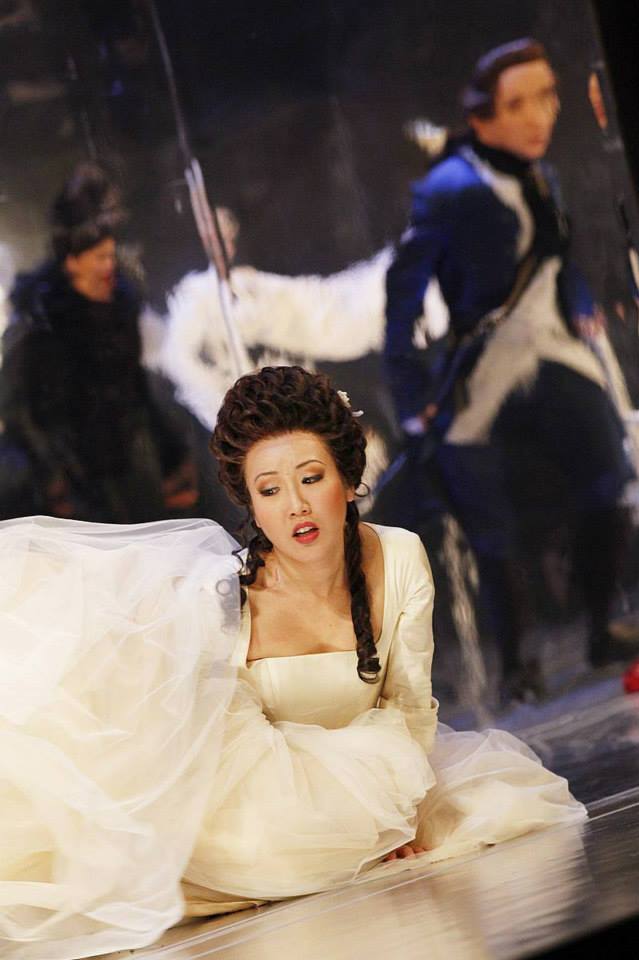 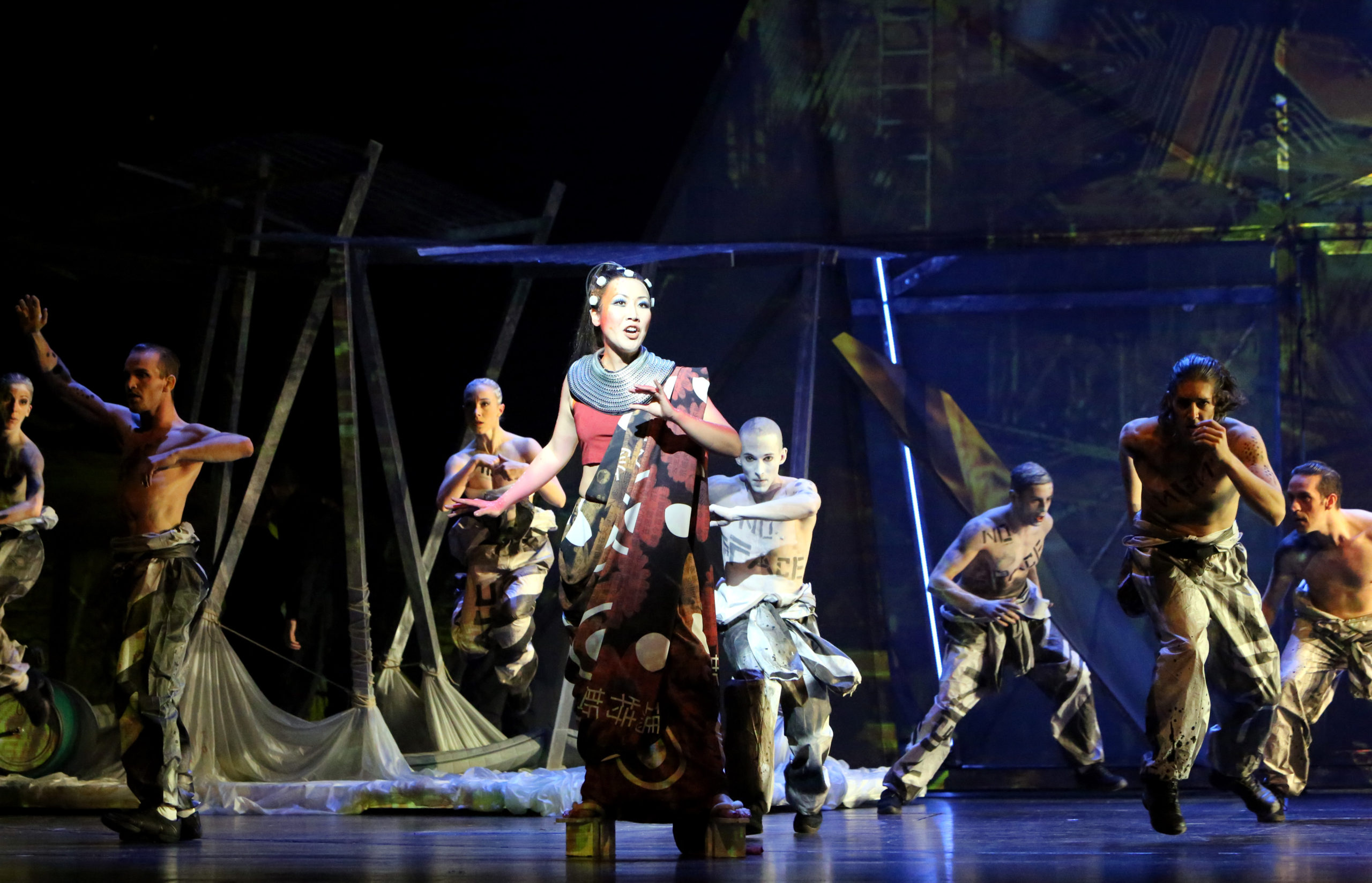 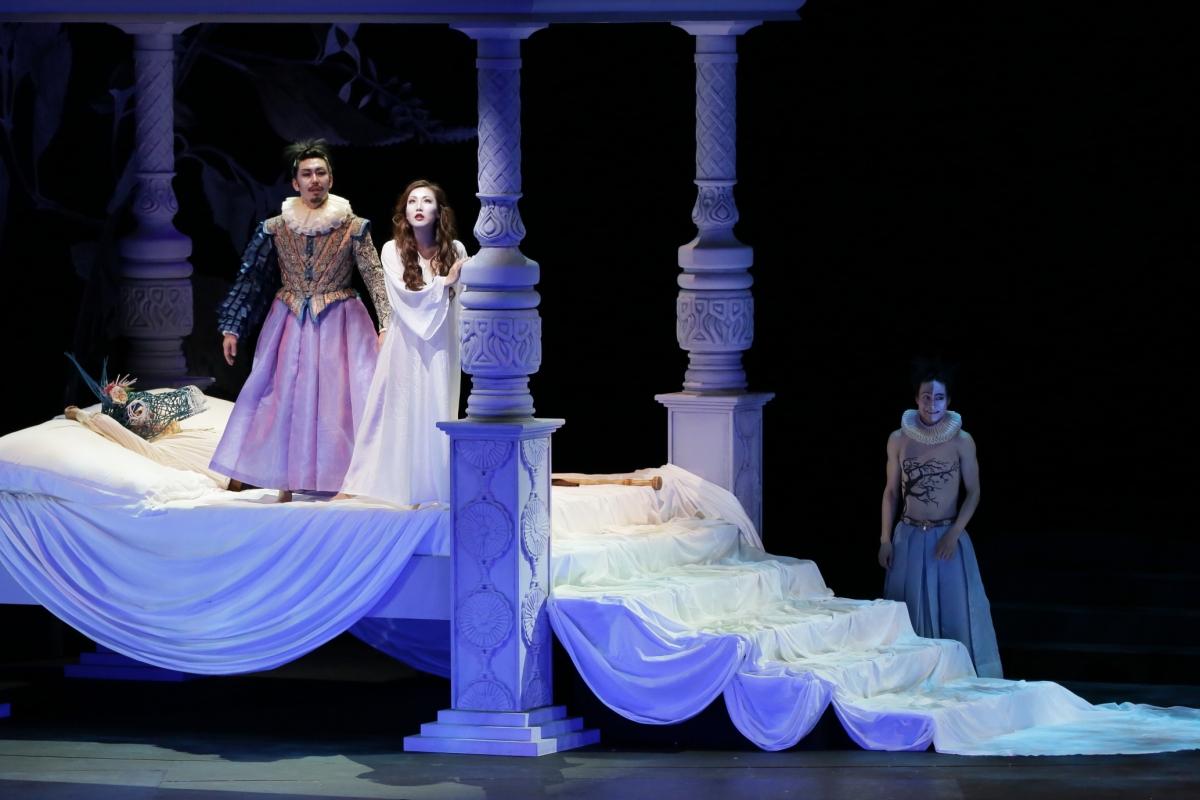 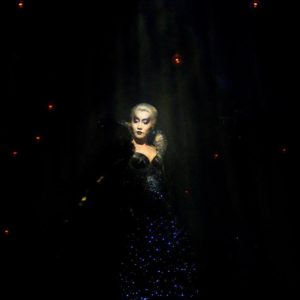 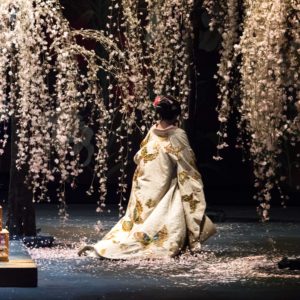 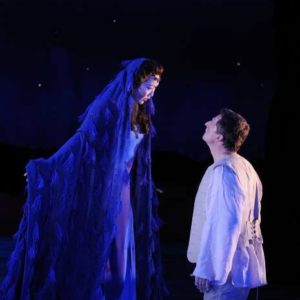 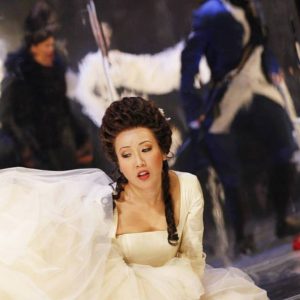 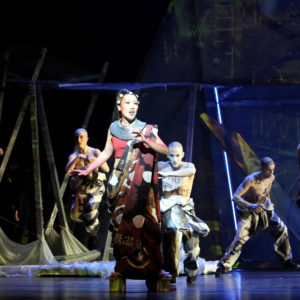 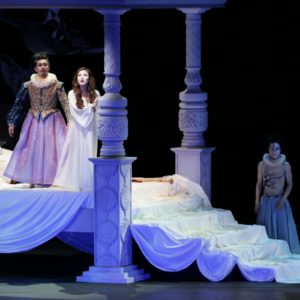 During her career to date Ms. Moriya has sung under the baton of conductors such as James Levine, Franz Welser-Moest and Marin Alsop (Königin der Nacht), Sebastian Weigle (Marschallin and Salome) and Yutaka Sado (Tytania).  She has performed under the stage direction of Sir Thomas Allen (Queen of the Night), Michael Hampe (Freia and Sieglinde), Richard Jones (Marschallin), Willy Decker (Salome) and Robert Wilson (Violetta Valéry), among a number of celebrated directors.  Orchestras she has worked with include the Gewandhaus, the Baltimore and Basel Symphonies, Bach Collegium Japan and Israel Camerata.

Mari Moriya has appeared in this wide variety of roles in Europe, the USA and, more recently, Japan to consistently high critical and audience acclaim for her acting ability and stage presence as well as her undoubted vocal qualities. (‘Dominates the scenery with her voice and presence’, Der neue Merker).

Concert performances include soprano solo in the Mozart and Verdi Requiems, Handel’s Messiah, Dvorak’s Te Deum, Beethoven’s Symphony No. 9 (one of her performances being in the Musikverein), and Mahler’s  Symphony No. 2 and No. 8, also Carmina Burana, Chants d’Auvergne Series 1 and Bachianas brasileiras No. 5: 1 and 2.

Highlights of the 2018-19 season have been her role débuts as Salome with Sebastian Weigle and Willy Decker and Miss Schlesen with Opera Vlaanderen, and her role reprise as Konstanze with Bach Collegium Japan; also singing soprano solo in Verdi’s Requiem with Lorenzo Viotti and Messiah with Masaaki Suzuki and, for the first time, Mahler’s Symphony No. 2.

This season she will extend her concert repertoire to Mahler’s Symphony No. 4 and Beethoven’s Missa Solemnis.   New roles for 2019-20 are Rosalinde, Gutrune (again with Michael Hampe) and Elena/Donna del Lago.  Having debuted as Cio-Cio-San in 2017 with veteran Butterfly director Masayoshi Kuriyama, she will sing the role again in October this year in Tokyo with Nikikai Opera Foundation under the baton of Andrea Battisoni in the world premiere of a new Butterfly co-production with Semperoper Dresden and Royal Danish Opera.

Ms Moriya holds a Master of Music degree from the Musashino Academy of Music in her native Japan.  Among her vocal teachers have been Renata Scotto and Emma Kirkby.  She was a National Finalist in the Metropolitan Opera National Council Auditions in 2005.  Among numerous awards, including First Prize in the 2007 Veronica Dunne International Singing Competition, she received the 2007 Cardiff Singer of the World Competition Concert Prize.

A selection of review clips:

‘Mari Moriya, making a role debut as Violetta, … executed the tricky Act 1 coloratura passages with smooth elegance and hit the high notes cleanly … Her voice had beauty and clarity … The dynamic range of her voice was astonishing … her face a haunting presence throughout.’  (La traviata/Bachtrack)

‘Triumph for Mari Moriya … in a class of her own … has all the vocal skills needed to become a top singer, and she also convinces as an actress.  … Her Bell Aria … was   simply perfect.’  (Title role: Lakmé/Der neue Merker)

‘She succeeded magnificently in the great aria of the Queen of the Night, achieving a force and power not usually compatible with the agility required for these stratospheric vocalisations’.   (Zauberflöte/Res Musica)

‘Mari Moriya’s interpretation of the role of Liù, acknowledged as a triumph by the packed first-night audience, [was] enhanced by a beautiful lyric tone and secure delivery’.  (Turandot/L’Opera)

‘The production benefited … most of all [from] Mari Moriya, whose strong singing as Zerlina suggested a terrific future as some of the gutsier bel canto heroines.’ (Don Giovanni/Opera News)

‘The Japanese soprano Mari Moriya sailed through Zerbinetta’s coloratura as though it were just a morning exercise.’   (Ariadne auf Naxos/Opera)

‘… Miss Schlesen was incarnated with brio by the Japanese Mari Moriya, with the effervescence of a voice that was clear, assured, rounded and classy’. (Satyagraha/Olyrix)

‘… Moriya delighted the St. David’s Hall audience with a thrilling performance of coloratura favourites – and won the round’.  (2007 Cardiff Singer of the World Competition Concert 4/ic Wales) 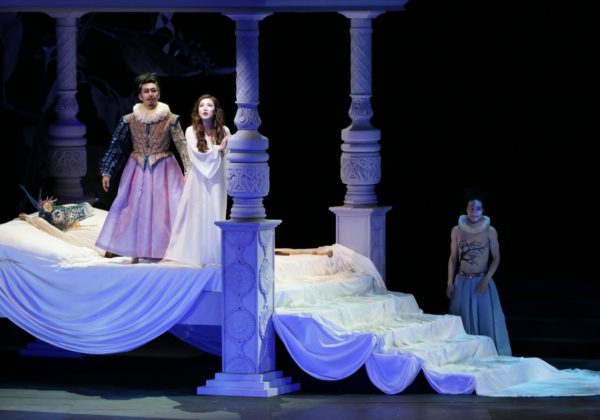 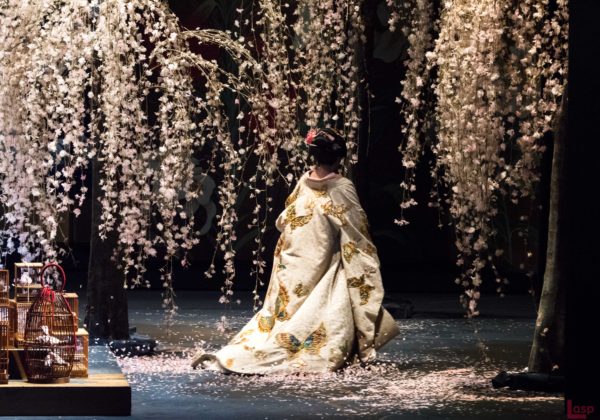